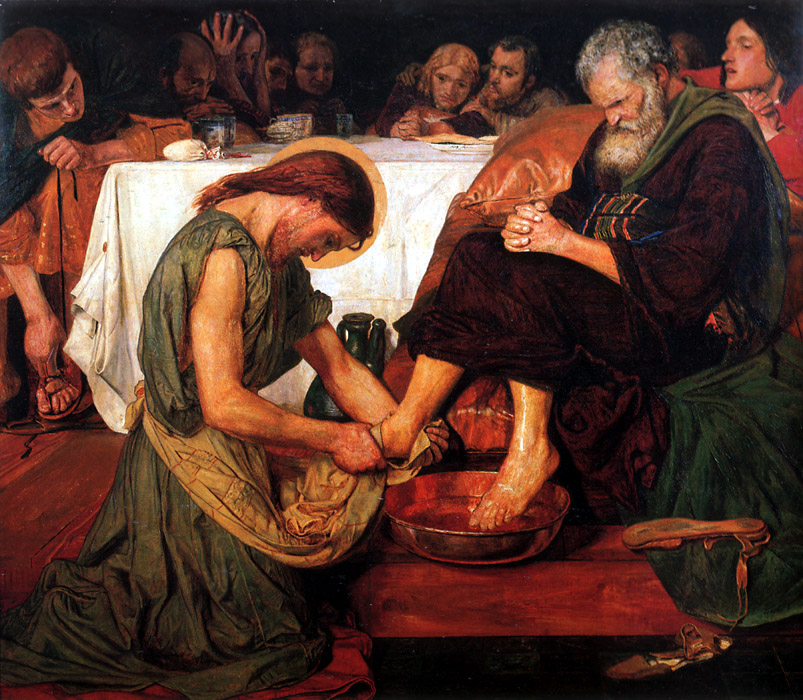 When I was in college I served as an intern at a church in Kalamazoo.  Previously, I had served as an intern at my home church a few years earlier, but this was different. Before I taught some Bible studies, I preached once, and chaperoned some youth events.  But in Kalamazoo I was I treated as a pastor.  I said on the platform during services.  I taught the youth class and led the mid-week Bible study every week.  I was part of staff meetings and deacons meetings.  I was given ministry projects to coordinate for the whole church—I was even called “Pastor John.”

In my mind, I was gaining valuable experience, but one member revealed there was more.  On the Sunday of the Church’s anniversary, I had worked hard in the previous week to set up the fellowship hall to accommodate four hundred people.  The lunch was over and a special service was about to begin.  But as I was headed out to the service, the man grabbed me and said, ‘Let’s get this place cleaned up.’  In my mind, I had already worked hard setting it up, so someone else could clean it up. After all, I was a pastor.  I should be in the service.  But he wouldn’t let up.  He pushed, all the while telling me that if I was ever going to be a real pastor I had to be willing to stay behind and fold up the chairs.  I was frustrated and began to move fast and work hard, wanting to get the chairs done as quick as possible, but the man kept pressing in, emphasizing his point–people will respect you more, people will follow your lead, if they see you’re a servant.

You cannot understand Jesus apart from the cross.  Jesus is the Servant King.  Jesus is the Savior who defeats his enemies, not with a sword but a sacrifice—the sacrifice of his own life for sinners.  Jesus had every right to the glory of the universe, yet he served his people humbly, willingly, lovingly—even to the point of death.  And you cannot be a disciple of Jesus unless you see that, you believe that, and you imitate that.  When James and John wanted greatness at Jesus’ throne, replied told them, “You know that those who are considered rulers of the Gentiles lord it over them, and their great ones exercise authority over them. But it shall not be so among you. But whoever would be great among you must be your servant, and whoever would be first among you must be slave of all. For even the Son of Man came not to be served but to serve, and to give his life as a ransom for many” (Mark 10:42-45).

Jesus says there is a different standard for greatness in the kingdom of God.  He says the greatest is the least.  The one closest to the throne in heaven is the one who has served in the greatest ways.   That’s not only true for Jesus’ disciples, it’s true for Jesus himself!   Here’s the amazing truth of the incarnation: the One who had all authority, the One who deserved all glory, the One who deserved to be served by all men, lays that privilege aside to serve his people; even sinful people who would betray, deny, and rebel against him. And that service culminated in the cross. This is what the ultimate display of service looks like, this is what the ultimate display of greatness in the kingdom is: willingly laying down one’s life for sinners. This was the mission of Jesus.  It wasn’t a mission he regretted.  It wasn’t a mission he tried to run from. It was a mission he embraced.  Unlike the powerful men of the age, Jesus willingly laid aside his authority rule his people and serves them in death.  He died for them, he died as a substitute in their place.

Earlier in Mark’s Gospel, Jesus would say to his disciples, “If anyone would come after me, let him deny himself and take up his cross and follow me. For whoever would save his life will lose it, but whoever loses his life for my sake and the gospel’s will save it. For what does it profit a man to gain the whole world and forfeit his soul? For what can a man give in return for his soul?” (8:34-37).  As Jesus’ disciples, we’re not called to serve ourselves. We’re not called to take it easy.  We’re not called to seek power and glory.  We’re called to follow Jesus.  And following Jesus means not only following him in faith and obedience, but following his example. We’re called to serve others, even to the point of suffering.  This is where our King leads us when we follow him.