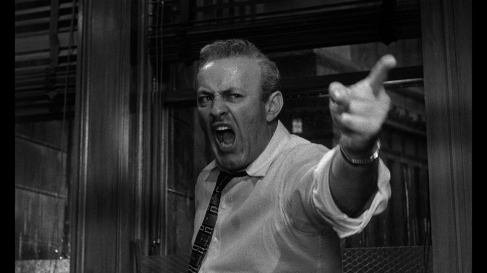 Here are some thoughtful and challenging words from D. A. Carson:

One of the things that troubles me about American society—about North America, and I include Canada in this, and Western European Christian society, to some extent, but it’s stronger here; it’s stronger here because of America’s particular heritage—there is a great deal of anger on the American Right at the moment. Have I thrashed this one over with you before? Let me just say a little bit about it, because it is troubling. It’s hard to know what to do.

If you want to make a lot of money with a Christian book in this country, write a book that says what’s wrong with America, listing all the bad things that you possibly can on the Left, demonize the Left. It’ll sell like hotcakes on the Right. If you want to raise money for Focus on the Family, or a whole lot of other institutions that are really good institutions in many ways, if they really want to raise a lot of money in a hurry, let them tell you the worst horror stories of the month. The money flows in!

Now the reason it does is because there is so much in this society that feels—with a certain amount of justification—that all those nasties on the Left are taking away our heritage! They’re perverting our schools! They’re overthrowing principles of jurisprudence! They’re making the city unsafe! And so there’s anger—there’s anger seething through the whole land.

Now contrast that with the first Christians taking the gospel in the Roman Empire. They were nobodies. They didn’t have anybody taking away their heritage. They were out to take over the heritage. They looked around and saw an extremely pluralistic empire, and they said with Caleb, in effect, “Give us this mountain.” And they kept witnessing and kept getting martyred, and so on, and there was a revolution, finally—a spiritual revolution.

But we can’t do that today. At least we find it very difficult, because we’re so busy being angry all the time that at the end of the day not only do we lose our credibility with people on the Left—they start demonizing us back—but we have no energy or compassion left to evangelize them. When you’re busy hating everybody, and denouncing everybody, and seeking political solutions to everything, it’s very difficult to evangelize. Isn’t it? Very hard to be compassionate, to look on the crowds as though they’re sheep without a shepherd, very hard to look on them like that when they’re taking away “my heritage.” Do you see?

But at the end of the day, if you can’t do it with compassion, and gently, and leave the doors open for evangelism, boy, you destroy everything. I think one of the devil’s tactics with respect to the church on the Right today is to make them so hate everybody else that at the end of the day they can’t be believed anywhere, not even the proclamation of the gospel.